A Lesson From The Brady Bunch 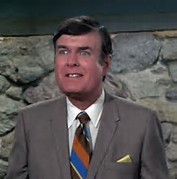 Anyone recognize the jerk pictured above? He played a character named “Mark Millard” on an episode of the Brady Bunch that I stumbled upon recently. He was an old flame of Alice that wanted to potentially ‘”rekindle”.  Alice, clearly tired of Sam the Butcher, fell for him hook, line and sinker. Mark told Alice at dinner that they should have some wine….”something sparkling to go with the sparkle in your eyes” is what he said.

Alice, smitten beyond reality, turned down the wine as Mark just happened to mention before that that he was in town to look at an investment deal. He said it was a “ground floor” opportunity but could be “speculative”. Alice confided that she had a nest egg in the bank that she could invest.

The next day, as Alice  readied herself to go to the bank and empty her account to invest with Mark, she spoke with Mrs. Brady. Mrs. Brady quickly determined that Alice didn’t know the name of the company, the investment or what exactly she was invested in. This set off her radar. Mrs. Brady  contacted Mike Brady, her husband and a well connected architect in the community. Mike, clearly a superhero in bell bottom slacks, “made a few calls” and quickly determined from the District Attorney’s office that Millard was a swindler, on the run and was on his sixth wife. When confronted with the allegations by Alice, Millard simply stated “That’s life, Alice”. Now that was cold!

This episode was taped in 1971, 46 years ago. It just goes to show that scumbags and snake oil salesman will always be around. Surely, none of us have a guy like Mike Brady to bail us out of our messes, so where do we go to determine if an advisor or investment is legitimate?

The first stop is Broker Check . There you will be able to find the license and registration status of those who worked for broker dealers. You will also be able to find prior employers and any history of disciplinary action.  If the person was formerly a broker but is now an Investment Adviser Representative, such as I am, then you can look at IAPD SEC .

If you determine that the pitchman is who he says he is, then how do you determine if the investment is legitimate? People like the fictitious Mark Millard often represent interests in “Private Equity”. These are investments that are offered only to investors with required wealth and income. There should be a prospectus or some sort of offering document. The problem that I have with Private Equity is in trusting the integrity of the information given. After Enron, I don’t rely on much of what I read that is put out by the company. That’s just my own bias. One of my primary rules of investing is that I don’t invest in things that I don’t understand. I don’t understand biotechnology, for example, so I don’t buy the stocks of those companies.

If something sounds too good to be true, it is!

DISCLOSURE: This article was written for informational purposes only. It is not intended as investment advice and should not be relied upon as such. Consult with a qualified financial advisor or tax professional to determine the proper investment plan for you and your circumstances. I do not personally own or plan to purchase any investments spoken of here.