What Madoff Did – Part 3 – Conclusion

A Ponzi scheme comes to an end when there is not enough money coming in to pay back the people that are taking their money out. The 2008 financial crisis caused enough people to want to take their money out that BM just couldn’t meet those obligations.

But how did he get away with it for all those years?

BM was in business from 1960-2008. The firm was one of the top “market maker” businesses in the world. A market maker matches buyers with sellers. This was known to most. What wasn’t known as widely is that he was running the Investment Advisory business. He was very secretive about that. His company had three floors in the Lipstick building – 17, 18 and 19. The fraudulent Investment Advisory business was housed on the 17th floor with restricted access. The legitimate market making business was housed on the 19th Floor along with BM’s office. If a prospective or existing client wanted to visit the office, they got a tour of the 19th floor with the sea of computer terminals and chaos that would come of any active trading floor. One could assume that they were all making trades on behalf of BM’s fund.

BM stayed one or two steps away from the actual investor. Consider the earlier case of Fairfield Greenwich. They were a fund of funds. This means that they took your money and invested it with others. Here you had the sons in law of the founder, Walter Noel, sell you on the idea of investing with Fairfield. Then you have Fairfield taking your money and investing it with a third party to make up part of the “fund of funds”. The third party was BM. Many, if not most, people that lost their money to the scam didn’t know who BM was or that he was investing their money. He was invisible to them.

It is one thing to promise high returns and another to deliver. That’s the thing. For all those decades, he was able to create those returns. He never made a stock trade, however. He just paid exiting investors off with new investors money. He made believers out of people who then made believers out of others. The believers had money, lots of it, and they wanted more.

BM was investigated by the SEC in 1992 and then again in 2004. He was cleared both times. How they could investigate him and find “no evidence of a Ponzi scheme” is unimaginable. In one of the investigations, he was asked for his “DTC” number. DTC stands for “Depository Trust Company”. Every brokerage firm is assigned a four digit “DTC number”. When you buy stocks through a broker, as opposed to taking physical possession of a certificate, the actual certificates are held by the DTC and a change in ownership is recorded in electronic book entry. When you get a statement each month, the stocks listed on your statement are held with the DTC.  So, if BM never bought or sold a stock for a client, wouldn’t one only have to check with the DTC to realize that? Yes, but that call was never made.

To execute the strategy that he claimed to be running for clients, he would have had to have a tremendously high volume of both stock trades and options. Volume for a stock and for an option contract are readily available. You can look it up all day, every day. When asked how he was finding people to trade with and take the other side of his bets, which he always won, he or one of his flunkies said that they dealt mostly with “European Banks”. Really?

The biggest failure that allowed BM to perpetuate his scheme was a failure of common sense. If something seems too good to be true, it is. BM had clients that were getting 46% returns, MONTHLY! BM was delivering 15-20% returns when everyone else was losing money. Did these people really think that they had found the Grand Wizard of stock market and were somehow fortunate enough to have access to him? I guess so.

Here is an interesting question. These imaginary trades that BM was doing were reported to the client at the end of the year. These “capital gains” produced tax bills for these clients. So, they were paying taxes on profits that were never made. How do you go back and fix that one????

BM took in somewhere between 17 and 19 billion dollars over the course of his scheme. The estimates of $50-60 billion includes these fictitious gains that were fabricated. There were two investors that are known to have committed suicide after realizing their losses. His son, Mark, committed suicide in 2010. He couldn’t take being a Madoff anymore. His son. Andrew, died of cancer in 2014. His wife is a social pariah and how about the hundreds of people that have Madoff Securities on their resumes??? So many victims.

Here are two great informational sources that I used for these posts: 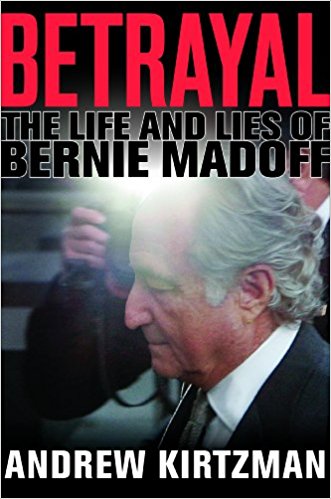 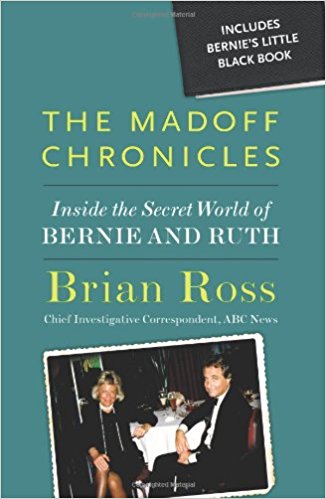 DISCLOSURE: THIS POST IN WRRITEN FOR INFORMATIONAL PURPOSES ONLY AND CONTAINS MATERIAL FROM SOURCES BELIEVED TO BE RELIABLE. IT IS NOT INTENDED AS INVESTMENT ADVICE AND SHOULD NOT BE RELIED UPON AS SUCH. CONSULT A QUALIFIED FINANCIAL ADVISOR OR TAX ADVISOR TO DETERMINE WHAT INVESTMETNS ARE APPROPRIATE FOR YOU AND YOUR INDIVIDUAL SITUATION.